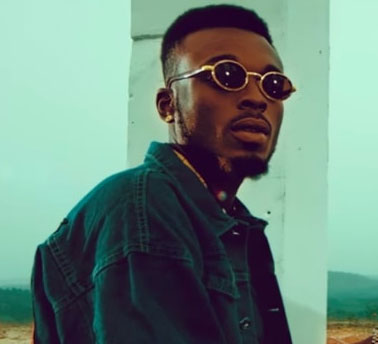 Davido’s Togolese-born, Nigerian-bred, music producer, Fresh VDM, who produced his 2017 hit song, ‘FIA’ and a couple of his other songs has bared his mind on what it is like working with the OBO, saying it takes patience to work with him.

“Working with Davido has been epic; it requires a lot of hard work and determination.

With someone like Davido who gets beats thrown at him from every angle, you need patience, persistence and diligence”, he said in an exclusive chat with Showtime.

He spoke on the challenges he has had to grapple with, working with the DMW henchman who has been described as a workaholic.

“With Davido, you have to be on your toes because he will not like every beat you make, not because it’s not dope but because it has to align with the ideas he has in his head.

Also, he can call you at 2a.m and be like “Can you come over? There is this idea I have”, and you have to go to his house.”

He added that contrary to public belief, Davido is not arrogant, selfish, proud and snobbish like he has been painted.

“David is the sweetest and most caring person I have come to know. He has an amazing heart.

People who don’t know him can hardly see it. He treats everyone as an equal regardless of your social status; he never looks down on you”, he said.

Fresh VDM has gotten thumbs up for good productions from the likes of American Drake and Stefflon Don.

His most recent productions include ‘Ada’ by DJ ECool, featuring Davido; ‘DOE’ by Larry Gaaga, and the latest, ‘Mind’ by DMW stars, Davido, Mayorkun, Dremo and Peruzzi.