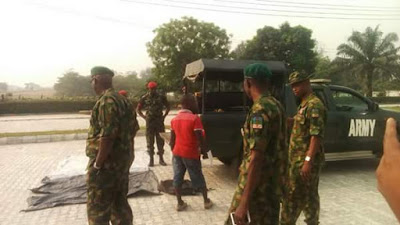 It was earlier reported that the mastermind of the January 1st massacre in Omoku, Rivers State was killed in a shoot out with the Army and operatives of the Department of State Security. The Nigerian Army has released a press release on the operation

The authorities of 6 Division Nigerian Army Port Harcourt wish to inform the peace loving people of Omoku in ONELGA in particular, Rivers State and indeed the entire good people of Niger Delta in general that the notorious cult leader, kidnap kingpin and mass murderer Don Waney is dead.

Additionally, in continuation of the operation on Tuesday 21st November 2017, the troops also exhumed decomposing bodies of some of his victims in his shrine in the glaring eyes of the media who were invited to witness first hand.

Perhaps not satisfied with the numerous lives of innocent citizens he took, Don Waney masterminded the despicable New Year day mayhem in Omoku in which he led his notorious gang of criminals to murder 23 peace loving citizens of Omoku when they were returning from Cross Over Service at about 1:30am on Monday 1st January 2018.

Intense surveillance activities on him and his gang by the Department of State Services (DSS) Rivers State Command revealed that after committing these atrocities he relocated to a neighbourhood within Enugu Town in Enugu State where he rented an apartment and started living among unsuspecting neighbours within the community.

From the relative safety of his newly-rented apartment, Don Waney was already perfecting plans to wrought another mayhem in Omoku in which he was to attack churches, schools, Army and Police locations and the RESIDENCES of the generality of the already traumatized people of Omoku.

Incidentally on sensing that the combine team were closing in on his residence, Don Waney, his Second- in- Command (Ikechukwu Adiele) and another gang member (Lucky Ode) attempted to escape through the back exit of the apartment and were shot down by the eagle eyed troops in the process.

One of them died on the spot while the other 2 who sustained gun shot wounds eventually died while being evacuated for medical attention.

The remains of Don Waney and his cohorts were brought back to Port Harcourt Rivers State by the combine team and handed over to the Rivers State Police Command for further action.

To this end, the authorities of 6 Division Nigerian Army Port Harcourt wishes to use this opportunity to extend their condolences to the families of all the victims of the evil Don Waney and his gang. We also wish to solicit your further cooperation in volunteering useful information to track down and arrest the remaining gang members so as to bring them to justice for a peaceful, prosperous and secured Omoku community, ONELGA, Rivers State and the entire Niger Delta region.

You are kindly requested to disseminate this information to the general public. Thank you for your usual cooperation. 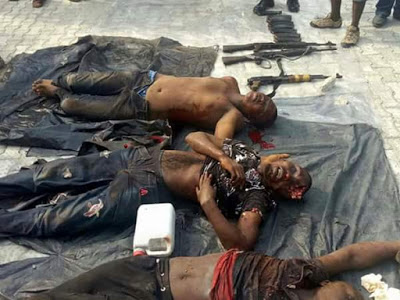 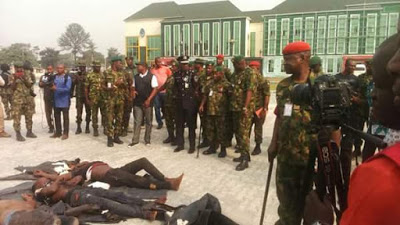 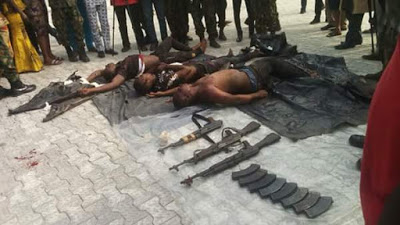