Dear upcoming artistes, giving up is nothing but career suicide.

If Jay-Z had given up on music just because he started much late than others, he won’t be the youngest billionaire Blackman that he is today.

Being an upcoming artiste in Nigeria, frustration can make you think of giving up on your God’s given talent just because it’s taking so much time for you to blow up like Wizkid, Davido, and others.

Just because it’s always hard for you to raise funds to book studio sessions, pay producers and promoters does not mean you should give up.

This life is very funny and table can turn anytime if you don’t quit.

Learn From The Jay Z Story 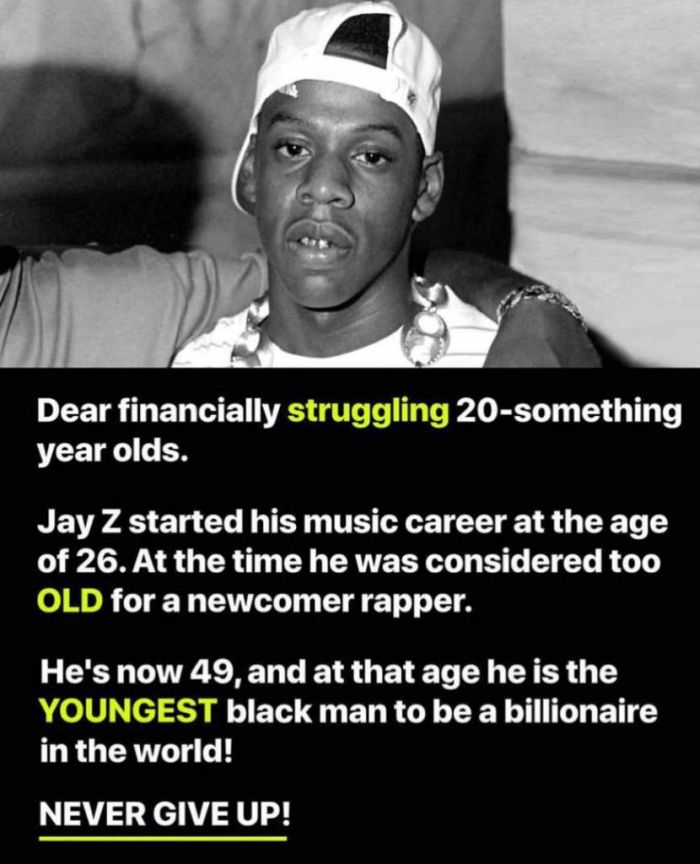 As you all know, American Rapper, Jay-Z is aged 49 and he has been named the youngest black man to become a billionaire in the world.

Unlike other American artistes who started music at a very young age, Jay-Z‘s music career started in 1995 at the age of 26 when some rappers already cash out big from the music game.

Due to his age, many people predicted that he will never make it as a rapper but today Jay-Z is one of the world’s best-selling music artists, with over 50 million albums and 75 million singles sold worldwide.

He has won a total of 22 Grammy Awards, the highest ever won by a rapper.

Leave those who don blow and be happy for them, sometimes it’s not by who first start, what matters most is who becomes successful at the end.

But how can you be successful when you already give up? Think about it!

What Are Your Thoughts On This?

COVID-19:- Read President Buhari Full Speech As Lockdown Will Be Relaxed In Lagos, Ogun & Abuja From May 4