President of Nigeria, Muhammadu Buhari has signed into law the revised N10.81 trillion budget for the year 2020 passed by the National Assembly in June. 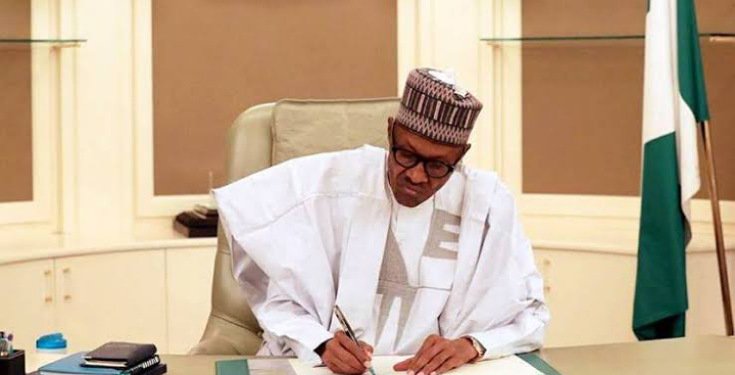 The signing took place on Friday July 10 inside the Council Chambers of the State House, Abuja and was witnessed by Vice President Yemi Osinbajo among other top government officials.

The president said the Appropriation (Repeal and Amendment) Act, 2020 provided for aggregate expenditures of N10.81 trillion, which is an increase of N216 billion over the level of expenditure initially proposed in the 2020 Appropriation Act.

Buhari added that the signing of the 2020 Amended Budget underscored his administration’s firm commitment to effectively contain the spread of COVID-19 and protect the lives and livelihood of our people. 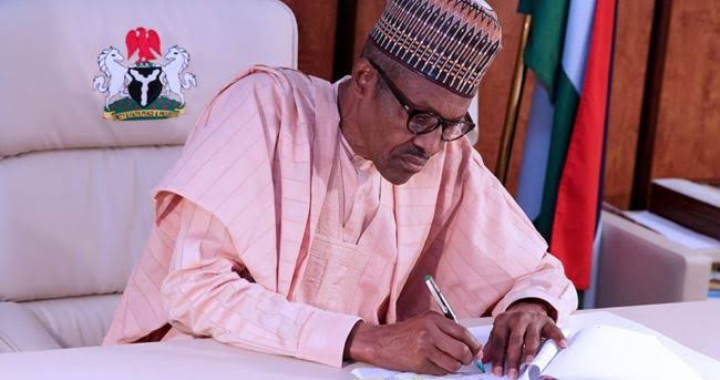 In his words, “With these budget amendments, as well as our recently launched N2.3 trillion Stimulus Programme, we are well-positioned to safeguard the economy,” he also said.

According to him, the Federal Ministry of Finance, Budget and National Planning were in the process of effecting budgetary releases that would ensure that all Ministries, Departments and Agencies (MDAs) receive at least 50 per cent of their amended capital budgets by the end of July.

Speaking during the ceremony, the Senate President confirmed the early start of the process for the 2021 Appropriation Bill.

Lawan said, “This will set the foundation for us to avoid falling into a recession next year.”

He also noted that though growth may be slow the budget will, however, ensure that the country avoids a recession.

In his words, “Growth may be negative, but the guarantee we have is that if we are able to implement this budget, probably expenditure is sustained, the economy will be a little bit better than it ordinarily, would be. We hope we are able to achieve this by December and already, the 2021 Appropriation Bill process has started”.

Meet The Captain Of The Crashed Ethiopian Aeroplane Pilot

I Don’t Have Pillow Talk With My Husband: Aisha Buhari