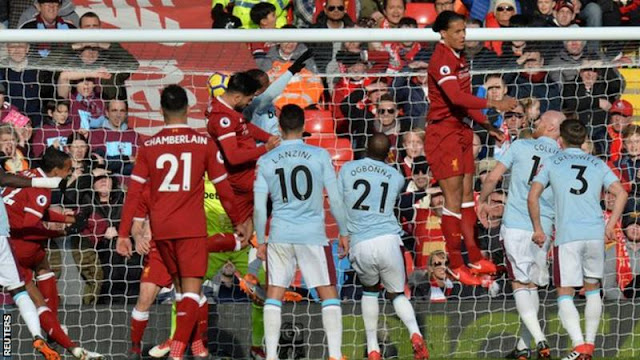 Liverpool won an entertaining contest at Anfield to move up to second in the Premier League with a 4-1 victory over West Ham on Saturday.

Both sides struck the woodwork in the opening 15 minutes before Emre Can broke the deadlock with a close-range header, chalking up Liverpool’s 100th goal of the season in all competitions.

Jurgen Klopp’s side were two to the good early in the second half, Mohamed Salah’s cool finish taking his tally for the season to 31.

With David Moyes having never won a game as a manager at Anfield, all the signs pointed towards the contest being over and that seemed to be all but confirmed when Roberto Firmino netted before the hour mark.

The Londoners showed some resolve and substitute Michail Antonio cut the deficit soon after coming off the bench, only for Sadio Mane to have the final say.

Liverpool will watch with interest when fellow top-four hopefuls Manchester United and Chelsea meet on Sunday, with Tottenham also in action.

Details On Woman That Jumped Into Lagos Lagoon (Photos+Video)

President Buhari Won All Last 3 Elections, But Was Rigged Out – Former US Ambassador Reveals