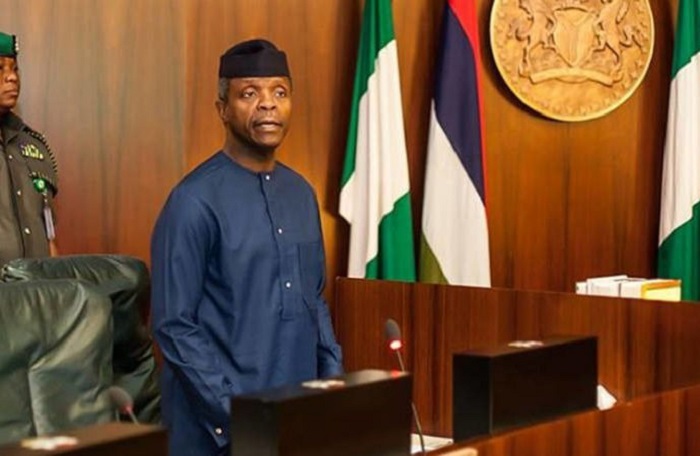 Vice-President Yemi Osinbajo is chairing a committee comprising nine state governors to end the killings by herdsmen in parts of the country.

This was one of the decisions reached a meeting of the National Economic Council held at the Presidential Villa, Abuja on Thursday.

The Kano State Governor, Abdullahi Ganduje, stated this at the end of the meeting presided over by Osinbajo.

The governor said, “The committee will work with the Federal Government to address the violence.

“Also, the committee will work to ensure that all the perpetrators of the violence are brought to book.”

The Peoples Democratic Party has criticized the All Progressives Congress governors and some serving federal ministers following their silence on the failure of President Muhammadu Buhari to visit Benue State over the killings of scores of citizens in the state by herdsmen.

The party said it was a tragic failure of character and an act of hypocrisy that the same APC governors, who in 2013 “unleashed insults on the PDP and its Federal Government for delaying in visiting the fronts of Borno at the heat of insurgency attacks, had lost their voices now that Buhari had refused to visit Benue, Taraba or Kaduna states” to condole with the people.

The PDP National Publicity Secretary, Mr. Kola Ologbondiyan, in a statement in Abuja on Thursday, asked Nigerians to note that neither the APC governors nor any federal delegation had visited Benue, Taraba or Kaduna state since the killings and the traumatizing mass burial of victims.

He said, “Today, Nigerians are heartbroken to realize that those they thought were patriots and messiahs never had any iota of goodwill towards them.

“The questions are: Why have the APC governors and ministers suddenly lost their voices now that President Buhari has refused to visit Benue or show any form of empathy to the plight of Nigerians? Have Benue and Taraba now become ‘no-go areas’ for President Buhari? Indeed, this indifference calls for deeper reflection by Nigerians.”

Senegal, The Last African Side, Knocked Out Of The World Cup After 1 – 0 Loss To Colombia

Wole Soyinka opens up on being diagnosed with prostate cancer