Popular Instagram comedienne, Ada Ebere, better known as Ada la Pinky has said that contrary to people’s belief that she had a breast enlargement surgery, her big boobs are actually natural. 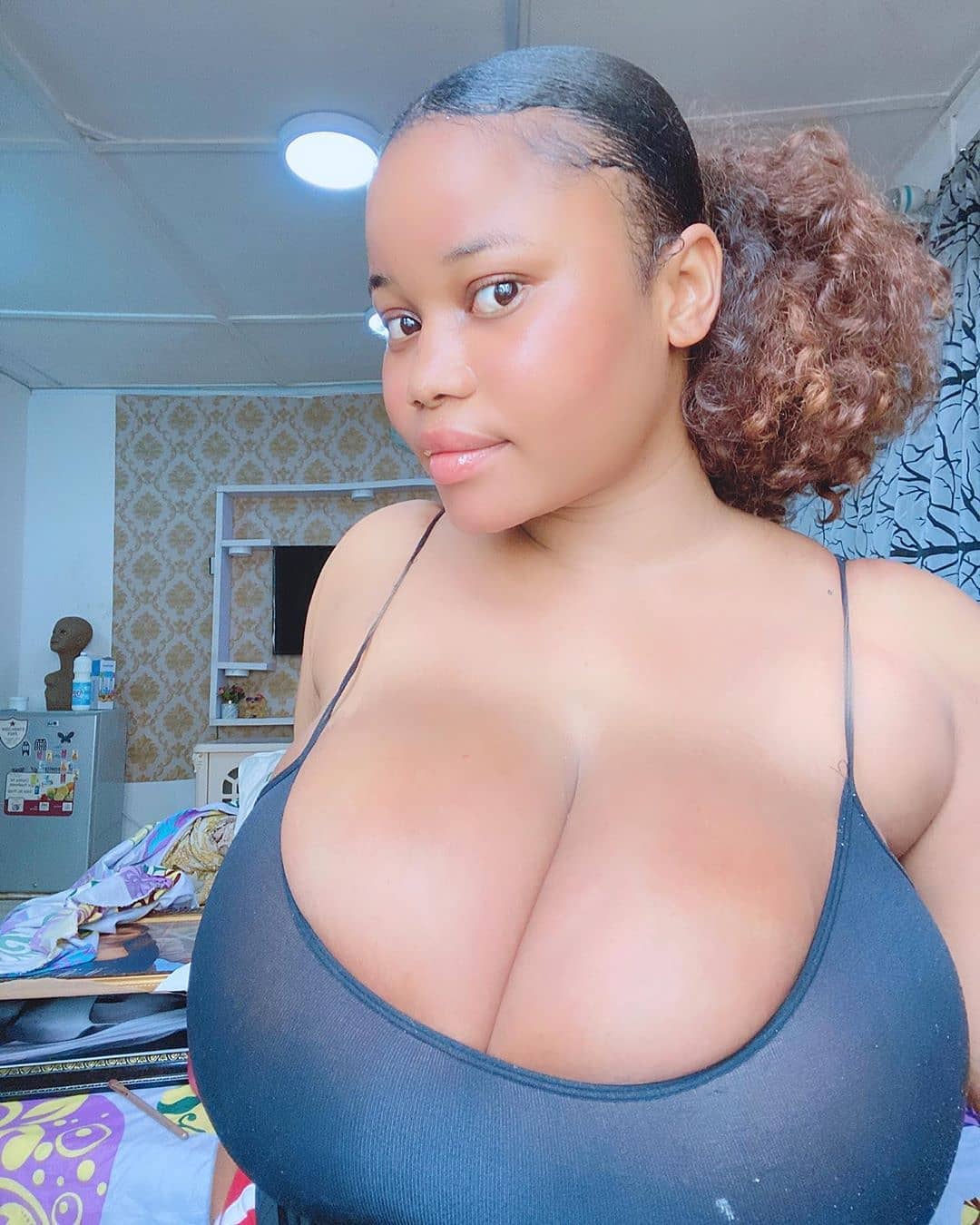 In a recent interview with PUNCH, the comedienne who is known for always flaunting her boobs online, said,

“People believe that my boobs are too big to be real but they are 100 per cent natural. I have never done any surgery to make my boobs bigger. I used to be skinny a few years back until I began to gain weight. As I grew bigger, my also boobs grew. If one gains weight, every part of one’s body would become bigger.”

Sharing how she started her entertainment career as a dancer before delving into comedy, she said,

“I started my career as a dancer and video vixen with the help of Clarence Peters. However, when I started gaining weight, I could no longer continue being a vixen. I felt I didn’t fit in anymore because of my size, so I decided to switch to comedy. My life has always been about entertaining people. I realised I had to do something better, hence I switched to comedy.”

When asked about her relationship with another online comedian, Adebayo Abidemi, popularly known as Isbae_U, who she regularly appears in skits with, she simply said, “You will know. That’s all I have to say in response to this question.”

On the biggest lessons she has learnt as an entertainer, she said,

“The biggest lesson I’ve learnt is that people really change when they have fame. Fame gets into people’s heads and they become proud and act in ways they didn’t before. I just pray that doesn’t happen to me.”

Ada also noted that she had never got anything for free on account of her fame.

“I have never used my fame to get anything for free. As a matter of fact, reverse is the case because I even give out. I feel I have been blessed, so I should also be a blessing to others,” she added.

Phyno Shares Tracklist For His Forthcoming Album, ‘Deal With It’

Wow! American Rapper, Cardi B Set To Shut Down Lagos In December