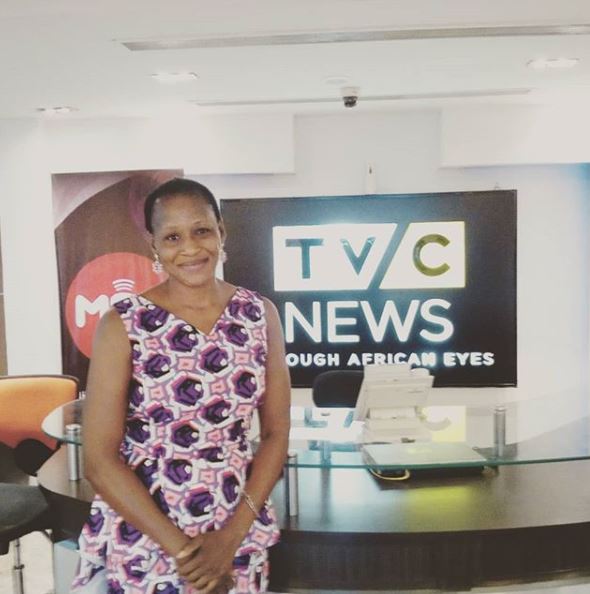 Kemi Omololu Olunloyo who has been in and out of the Port Harcourt federal prison over an act of criminal defamation has made weighty allegations against some prominent Nigerians.

In a recent interview, Nigerian controversial blogger and journalist Kemi olunloyo has alleged that the largest Christian ministry in Nigeria, The Redeemed Christian Church of God once trafficked drugs.

This explosivallegation was made on a regular show on TVC titled ‘Your View’ which airs in the morning on weekdays.

“I have done stories about several pastors…Adeboye, Oyedepo (founder of Living Faith Ministries, Bishop David Oyedepo) everything. Every single pastor story I did was correct.

When I said they were doing drugs in Redeemed (The Redeemed Christian Church of God)…four years later, Adeboye (Pastor Enoch Adejare Adeboye) started a rehab centre. Everything was right,” she emphasized.

She also used that juncture to accuse her father and other politicians of engaging in rituals.

According to her, her father – a former governor of Oyo State, Victor Omololu Olunloyo has repented from his old ways and he is now Born-again.

When the interviewer ask kemi Olunloyo if her father (Omololu Olunloyo) is a ritualist like she claimed. she said:

“Yes, my father is a ritualist, he always goes to herbalists when he was a politician but he has given his life to Christ”.

Watch a short clip of her interview below:-

Shocking! See What The Court Did To This Mother Who Allowed Gangsters To Rape Her 2-year-old Daughter

BBNaija: BamBam’s Church Member Reacts To Her Toilet Sex With Teddy A.

One thought on ““My Father Was A Ritualist, Adeboye & Oyedepo Were Drug Dealers” – Kemi Olunloyo (Watch Video)”