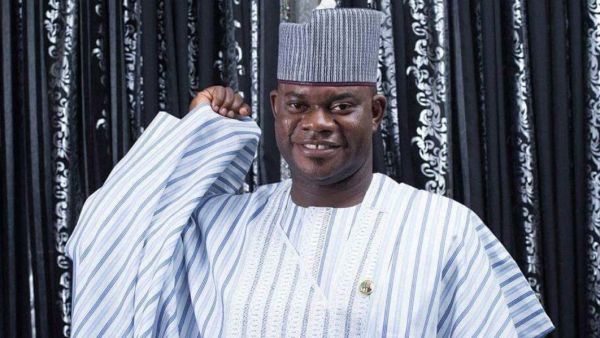 Workers in Kogi state have cried out to the Governor of the state, Yahaya Bello to pay them their salaries before they all die of hunger.

Workers in Kogi State have begged Governor Yahaya Bello to pay them their salaries before they all die of hunger in the state.

Speaking on behalf of Kogi workers in the state, Chairman of the Nigeria Labour Congress, Onu Edoka, on Friday at an event to mark the 40th anniversary of the union in the country said that the government should pay its workers who have diligently served the state.

According to Punch, workers in Kogi were paid 60 per cent of five months’ salary arrears last December and had yet to be paid January salaries.

Edoka, in a keynote address said, “Your Excellency, workers said I should ask you where our salaries are. As obedient servants, we are dying. As people who have contributed their quota in the development of the state and have left service, we are dying.

“To this end, we wish to compassionately appeal to you. We are aware that allocation came to Kogi State last month and by the statement of the Commissioner for Finance, what came as allocation to the state was put at N4.3bn while local governments got N3.8bn. But up until this moment, no salary has been paid in Kogi. Let our own not drop into River Niger again (sic).”

Edoka equally used the forum to speak on the alleged premature retirement of some workers, proscription of labour unions and the ongoing industrial action embarked upon by medical doctors in the state.

He said, “You will agree with me that appointment in this government has been upside down in the sense that junior workers are placed above seniors.

“Medical doctors in Kogi have been on strike for over one month. Mothers, children are dying at home. For this obvious fact, we appeal to the state government to call our doctors to a meeting and bring this mater to an end.

“Why the Nigeria Labour Congress and the Trade Union Congress have not joined the strike is because we have come to the realisation that strike may not be the solution to our problems any more. It is all about the person who is the chief executive and his state of mind on the development and welfare of workers.

“The proscription of unions in Kogi is completely detrimental to the progress of democracy, unacceptable to the Nigeria Labour Congress and completely illegal, and we shall not stand by it.

“We will speak for the voiceless and the same voice will still speak again. We shall resist it with the last drop of our blood to see that we will not be tamed in any form or turned beggars in our state.”

In his response, Bello said that the ongoing fight against corruption across the country would achieve greater success if organised labour strengthened itself and worked with the government to fish out corrupt officials.

Bello urged the NLC to fight for the welfare of Nigerian workers and play the role of whistle-blower to assist government in bringing corrupt officials to justice.

The governor, who was represented at the occasion by his deputy, Simon Achuba, congratulated labour on its 40th anniversary and enjoined its leadership to always stand for what is good for workers and the country.

Champions League! Shakhtar Donetsk Come From Behind To Beat Roma 2-1

WISE DECISION OR NAH? What Do You Think About President Buhari’s Decision To Relax Lockdown By Monday 4th Of May?