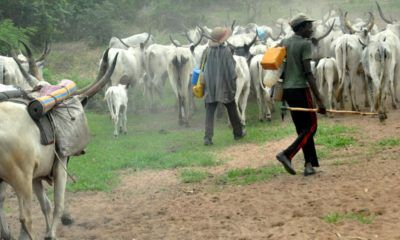 The federal government has revealed that work will commence on establishing cattle colonies across the country next week.

Minister of agriculture and rural development, Audu Ogbeh, who disclosed this when he visited the agriculture and veterinary complex of the Ahmadu Bello University, Zaria, however explained that states which are not interested in the idea would be exempted.

He said that the committee working on the matter had decided that activities in this regard would begin by next week.

The government had proposed the establishment of cattle colonies as a way to avert the recurring bloody clashes between herders and farmers that has left hundreds dead and property destroyed.

LEADERSHIP Sunday reports that there is tension in the land following the killings perpetrated by herdsmen in various parts of the country of late, the most prominent being the attacks on Benue communities in the New Year which left 73 people dead and hundreds of houses destroyed.

But some states, including Benue, where Ogbeh hails from, stoutly rejected the establishment of colonies, saying they do not have land for such.

However, defending the concept, Ogbeh said it was part part of the resolutions by the committee set up to resolve the conflict.

“One of the most topical issues we have today is that of farmers and herdsmen clashes,” he said.

“If we do not deal with it quickly, we run the risk of damaging the harmony and the co-existence of Nigeria as a country. The killings are getting too many.

“In our attempt to solve the problem, we have proffered certain solutions, but perhaps we were not sensitive enough to Nigeria’s fragile sensitivities and suspicions.

“When we spoke of colonies, we were immediately greeted with reactions that this was an attempt to seize Nigeria’s land and give to the Fulanis to colonise.

“The intention is not for Fulanis or anyone to colonise any territory. It is to provide a haven for cattle to graze in peace under controlled environments to prevent the conflicts between farmers and herdsmen.

“Only yesterday, a committee was set up by the vice-president with members, most of them state governors, discussing this matter and resolving that states that are interested will begin work on this matter as soon as next week.’’

Husband And Wife, Three Others Arrested With 11 Human Skulls In Ilorin