Blaqbonez is not an overnight success at all, as this guy has been putting in the work for years.

Blaqbonez has been on the grind for as long as I can remember. He worked his way up from underground to mainstream all by himself.

He did this by being consistent on the scene. He dropped music consistently, and was a regular name at battle rap shows all over Nigeria.

Then a couple years back, he was at Hennessy‘s VS Class, and took part in the Hennessy Cyphers, alongside some of the best rappers in the country too.

His big break, however, didn’t come until he did a reply to MI Abaga‘s “You Rapper Should Fix Up Your Life” in 2017.

MI Abaga, and the whole industry, in fact, started paying attention to him. Then A-Q signed him, and he did the “Bad Boy Blaq” project where he worked with artists like Oxlade and Ycee.

His name also was trending when he said he’s the best rapper in Africa, in 2019 and released the rap single, “BRIA.”

Then he did the Martell Cypher with A-Q, MI Abaga and Loose Kaynon, after which he did one of his most successful singles to date, “Shut Up.” All these while being the most valuable player under the MI Abaga-led Chocolate City label.

Switch Up to Afrobeats

Then in 2020, he switched up and made a mainstream hit, “Haba” and automatically became one of the guys everyone was watching out for.

“Haba” wasn’t the kind of song you’d expect from Blaqbonez, you’d actually listen and think it’s someone like Rema singing. But Blaq pulled it off.

He promoted it by being all over the place, and doing funny PR stunts, mostly on Twitter and Instagram. He followed up with “BBC” which was an instant hit, too. The remix featured Tiwa Savage.

Since that song blew up, it was only a matter of time before he came with another project. 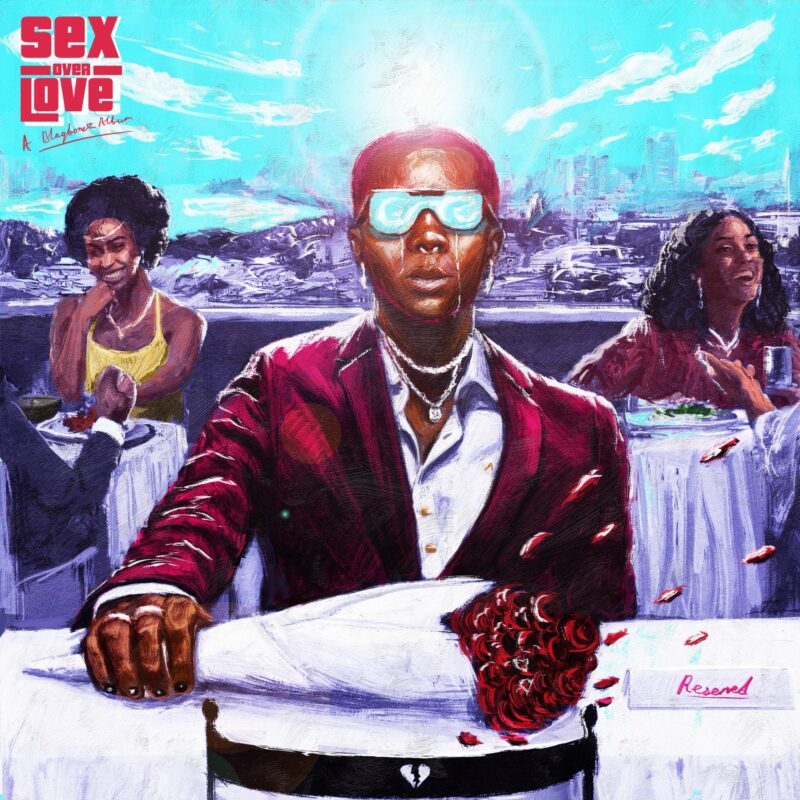 This time he’s dropping a LP called “Sex Over Love” and has already put out one song from it, “Bling” which features Amaarae and Buju.

Moments ago, he shared the artwork and the tracklist on social media, and to be honest, it’s a star fest.

This might just be Blaqbonez‘s best offering yet. See full tracklist below. 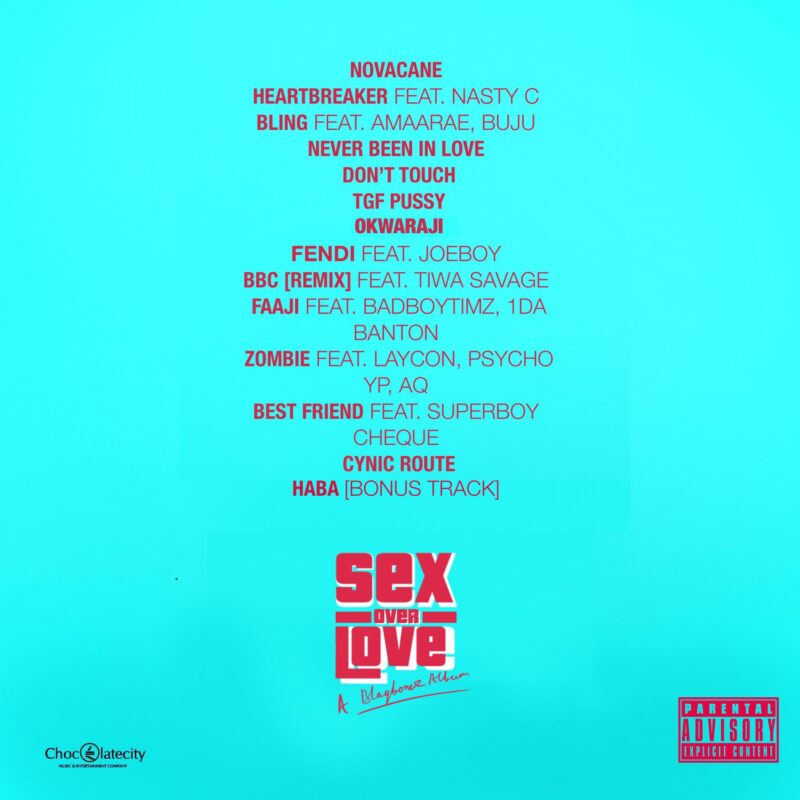 The album will be out by Friday, April 30 on all streaming platforms.

Let’s hear from you.

HAPPY NEW MONTH!! Welcome To September, Here is our prayers for you these Ember Months 🙏

Davido welcomed like a king, gets chieftain title in Asaba (Video)