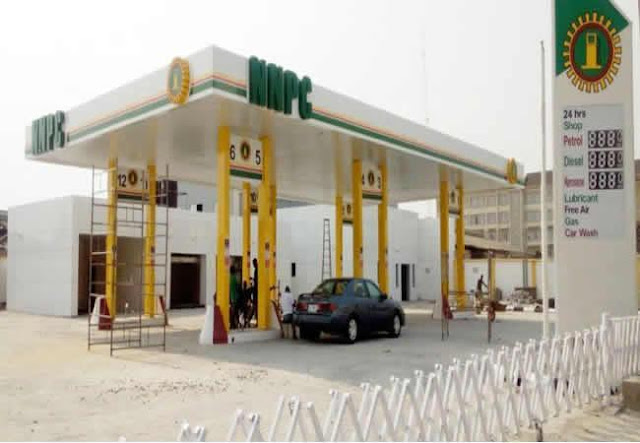 Some suspected armed robbers on Monday in Kano attacked employees of NNPC mega filling station in Hotoro area and made away with N16m.

An eyewitness told the News Agency of Nigeria in Kano that the incident happened at 8a.m. when the employees were conveying the money to one of the commercial banks in the area.

The suspects were said to have attacked the vehicle conveying the money and snatched one of the sacks containing N16m.

According to the eyewitness, one of the two sacks contained N16m and the other, over N10m.

“All in all, there was over N26m in the two sacks when the incident happened.

‘’The suspected robbers took away one of the sacks containing N16m, ”he said.

NAN gathered that soon after the suspects snatched the money, they shot continuously into the air to scare people and fled.

When contacted, the Police Public Relations Officer for the Command in the state, SP Magaji Majiya, confirmed the story.

He, however, said the incident happened around Kwanar Mashaya when the vehicle conveying the money was negotiating a bend and suddenly, two suspected armed robbers attacked it.

The police image maker said in the process, the suspects snatched one of the bags containing N16m.

He said three suspected staff of the NNPC mega station have been arrested in connection with the robbery, saying that the money was for Friday, Saturday and Sunday sales.

“As I am talking to you now, cashier one, two and their supervisor have been arrested in connection with the robbery.

‘’Investigation into the matter has commenced. with a view to arresting the fleeing suspects,’’ he said.

Before And After Pictures – Kylie Jenner Plastic Surgery History