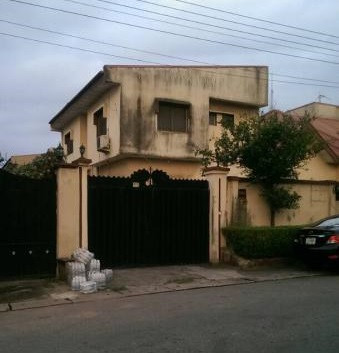 The Nation reported that the robbers carted away with valuables, including money in different currencies.

Some of the robbers linked to the attack have been arrested and handed over to the Police Special Anti-Robbery Squad, SARS.

This incident is coming months after residents of Alakuko to Ijaiye axis of Sango-Otta in Ogun State resorted to self defense over the incessant robberies in the area.

It was gathered that the robbery attack was on Thursday 9th of April, 2020, and happened intermittently during the day and at night.

According to sources, the robbers numbering over 50, raided the areas all at once, looting resident’s valuables, monies and allegedly raping some ladies.

Some angry armed residents took to the streets to defend themselves.

Do You Think Senator Dino Melaye Attack/Kidnap Was Real Or Acted? (See What Nigerians Are Saying)

LET’s SETTLE THIS!! Virus “Stay” vs Blaqbonez “Jesus is Black” – Which is a Better Rap song??