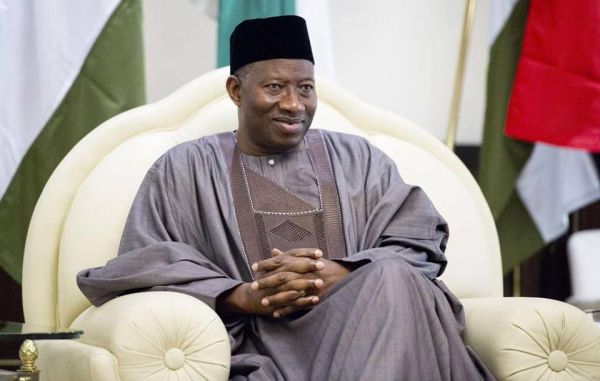 Former President of Nigeria, Goodluck Jonathan, has revealed why the ruling All Progressive Congress (APC) cannot govern the country well.

Mr. Jonathan said the ruling party was founded on propaganda hence it could not govern well even after winning the election.

The former president said this on Friday during a meeting with the the National Chairman of the Peoples Democratic Party (PDP), Prince Uche Secondus, and members of the party’s National Working Committee at the Jonathan Foundation in Yenagoa, Bayelsa State.

“Propaganda may help you win election, but it can’t help you govern and that is what the APC has seen in the last 32 months,” a statement from the spokesman of Secondus, Ike Abonyi, quoted the former President as saying.

Jonathan while declaring support for the amended electoral sequence by the National Assembly, advised APC to abide by the decision of the legislative chambers.

He also advised the ruling party to see the proposed order of elections “from national and patriotic interests since laws are not meant for persons in power at a particular time.”

“Holding presidential election first will affect the quality of persons that will emerge in other polls because of the bandwagon effect,” Jonathan said, adding that the decision of the Assembly will help in the election of quality persons into various positions.

He said he is even looking forward to a time when presidential elections in Nigeria will be conducted differently from the others just as he was equally optimistic that the PDP will return to power in 2019.

“I believe that the PDP will return to power in 2019, if we continue to build confidence, especially as the ruling party has failed to meet up their promises and give hope to the people.

Secondus had earlier briefed the former President on the activities of the NWC since December when they were elected into office.

He said the new leadership is currently engaged in a number of activities aimed at rebranding and repositioning the party with a view to regaining power in 2019.

He pleaded for Jonathan’s support and that of other leaders of the party.

He said the focus of the party is on youths and women, pointing out that the leadership will soon come up with a new programme on Generational Next.