The story of Chelsea FC new goalkeeper Edouard Osoque Mendy – will interest you!

The current happening at Chelsea FC would excites every African person and give them hope that no matter the color of your skin or where you originated from, you can be great also.

At the beginning of the 2020/2021 English Premier League (EPL) season, things were slow and sloppy on the pitch for Chelsea football club under the manager Frank Lampard, and the many runs of inconsistencies and costly mistakes of goal keeper Kepa Arrizabalaga never helped matters.

At the course of the season’s summer recruitment, one Edouard Osoque Mendy, a goal keeper who also plays for the Senegal national team was recruited as a solution to the goal keeping issues following a Five year contract with a reported fee of around £22 million.

He was brought to the club from Rennes football club and had undoubtedly been superb between the sticks, thereby displacing the former number one Kepa.

What Does This Means?

Many would have doubted his abilities when recruited in the summer but he had done so well so far this season.

Chelsea FC manager Frank Lampard had to say in past weeks that he had made something difficult looked easier, being the first Chelsea goal keeper to keep a clean sheet in first three premier matches since Petr Cech in 2004. 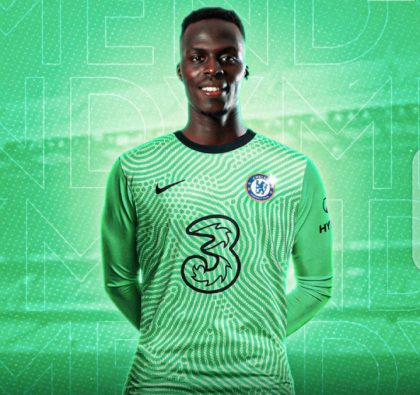 This showed that regardless of your race or colour, delivering good quality is the utmost goal for any profession, with Mendy displacing Kepa as first choice in recent time since recruitment to become one of the London’s and league’s biggest team shot stopper.

Being black, playing for Senegal national team and coming into such a big club like Chelsea FC to settle in quickly and perform well is something that should excites every Africa person, and that’s an encouragement that we can at large do better, compete and mount top positions not just in sport, but also in the World rankings at large.

What Were You About To Learn From The Story Of Chelsea New Goalkeeper Mendy?